Robert, toy train collector, operator, and preservationist of Robert's Trains, noticed in photos of the disassembled motor that the bearing ball and thrust washer were missing, and he gave me the correct parts. But that wasn't the only issue. The lower motor 'frame' had become loose, which I understand can be a problem with this loco. (However the loco did survive a very bad layout cave-in back in the 1960s, so that could have caused the loosening in addition to normal use.) When that black plastic piece that holds the bearing ball and the armature shaft becomes loose, the armature will be out of alignment and fail to spin at times. After giving it some thought and remembering that someone mentioned on a train forum that they just glued that black plastic piece to the frame, I started to think about adding some type of clip, similar to an American Flyer S gauge track clip, to make a stronger and more durable repair. I thought of a common hair pin, a bobby pin, for its strong, thin metal material which I have used before for certain craft and fix-it projects. After making several clips and learning that a rounded bend prevents the metal from breaking, I made more clips and used the ones that fit best. I had a super glue made for oily surfaces, and that was a good choice for the glue.

After cleaning the areas to be glued, I sanded them lightly with an emery board, applied the glue, then glued the clips into place. After waiting the recommended amount of time, I tested the loco and it ran perfectly. The only issue is that the clips won't always clear the raised area of an uncoupling track without hitting the very top of the magnet's core. This isn't an issue for me because I don't use an uncoupling track section on my main line. So perhaps not the best way to correct this type of problem, but it does work and is certainly within the scope of many hobbyists, and it can be done without permanently altering the locomotive. So far the repair has held up well! If clearance is an issue, the clips could be recessed into slight groves cut with a motor tool, but that would permanently alter the item and affect potential value and collectibility.

The motor before disassembly. 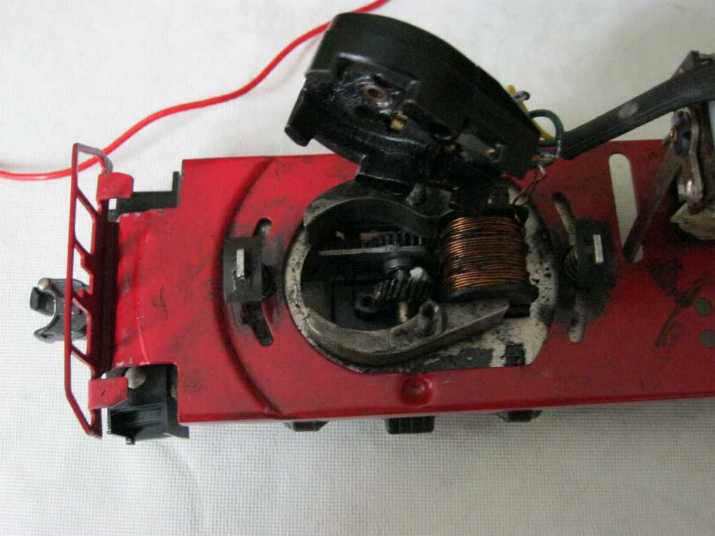 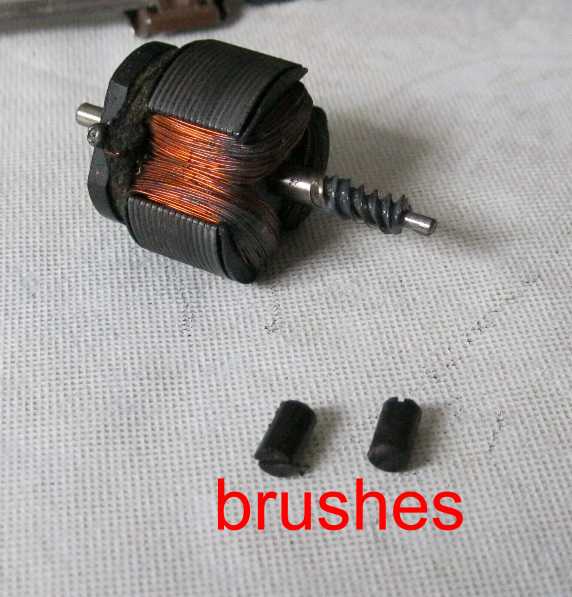 The armature and brushes. 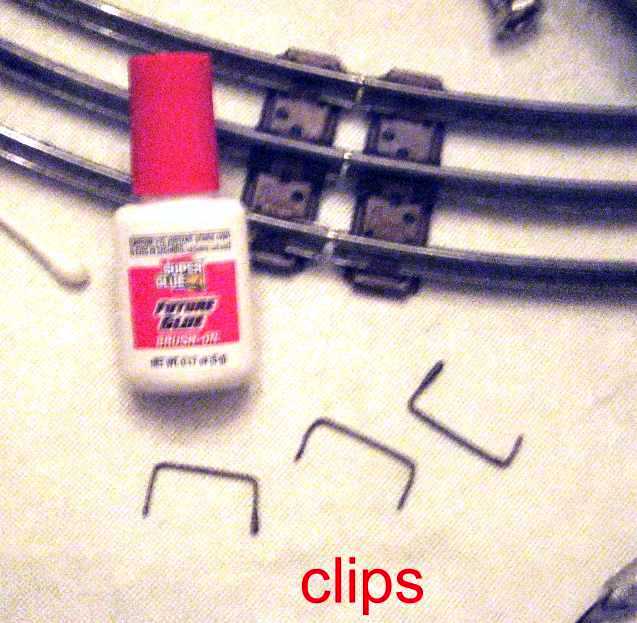 Some rejected clips. Scrape off the plastic coating the wire before glueing. 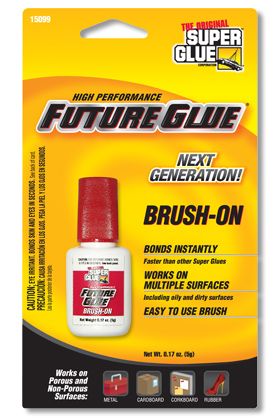 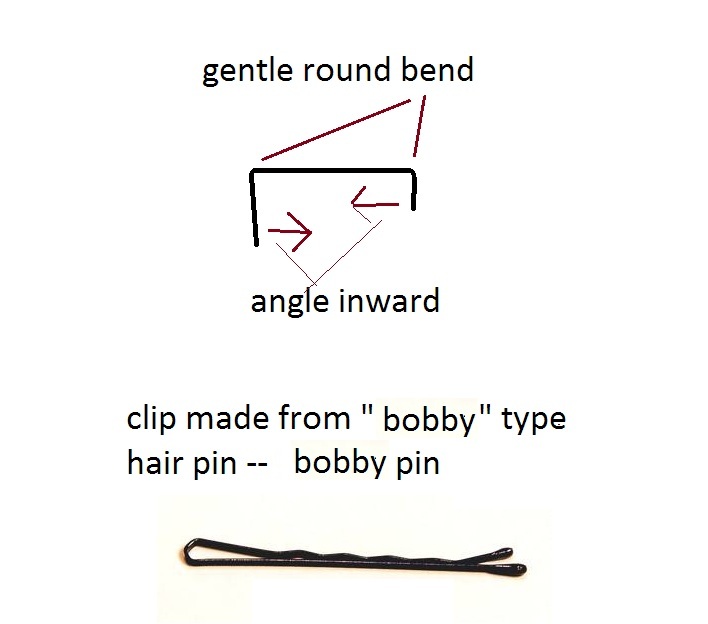 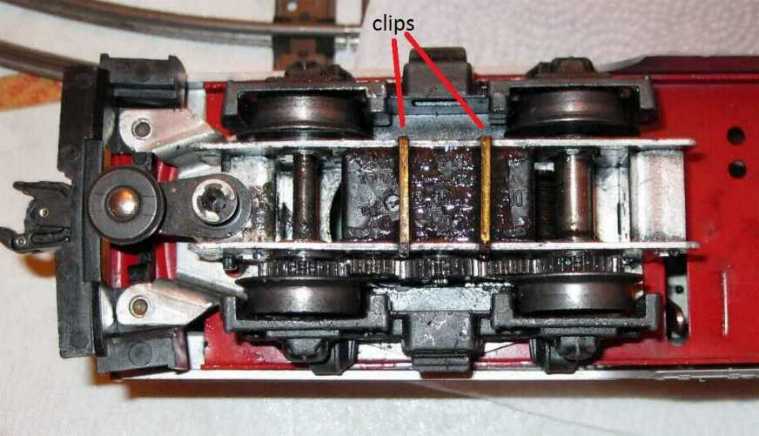